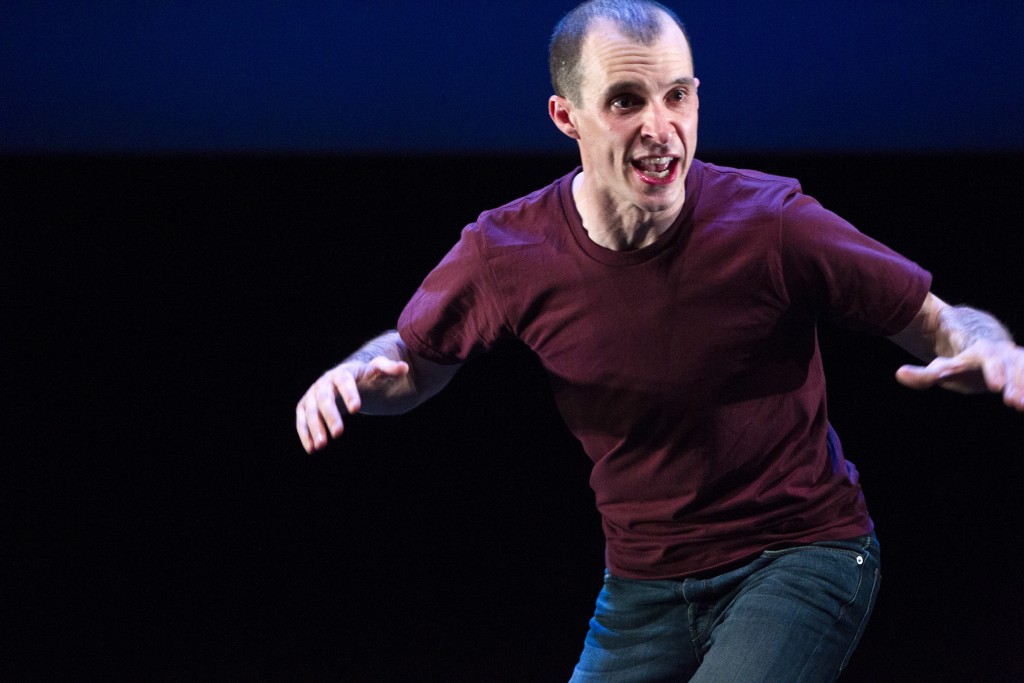 Mark O’Rowe has smoothly transformed a two-hander into a one-man show and Tom Vaughan-Lawlor, who plays both Howie and the Rookie, revels in its ripe language

Mark O’Rowe’s vibrant, scabrous, picaresque tour of the seedy side of life in Dublin announced the Irish writer as a talent to be reckoned with when it premiered at the Bush Theatre in 1999. O’Rowe himself directs this production, the first major London revival, and has now smoothly transformed a two-hander into a one-man show.

Tom Vaughan-Lawlor takes us through two memorable nights as first Howie and then the Rookie, in a mesmeric performance that won him the Best Actor prize at this year’s Irish Times Theatre Awards.

There is violence aplenty in this tall tale, which ingeniously boasts a scabies-infested mat and oriental fighting fish as the MacGuffins for its plot. There are a few startling scraps of sympathy too, not to mention a fierce narrative relish for everyday details.

Vaughan-Lawlor, who shimmies electrically around the large, bare stage with animated voice and gestures, revels in this ripe language. There’s poetry enough in the writing to make J M Synge smile softly in his grave.

Howie and his friends are out to get the Rookie before the Rookie, who boasts that he breaks “hearts and hymens”, finds himself in an even worse mess a day later. Women are “dollies”, to be shagged and discarded, although the 16-stone Avalanche, in her see-through white ski pants, has differing opinions on the topic. We might not like either of the two men but we’re thrilled to spend 80 minutes in their company.

Written by Fiona Mountford in the London Evening Standard 21.11.14