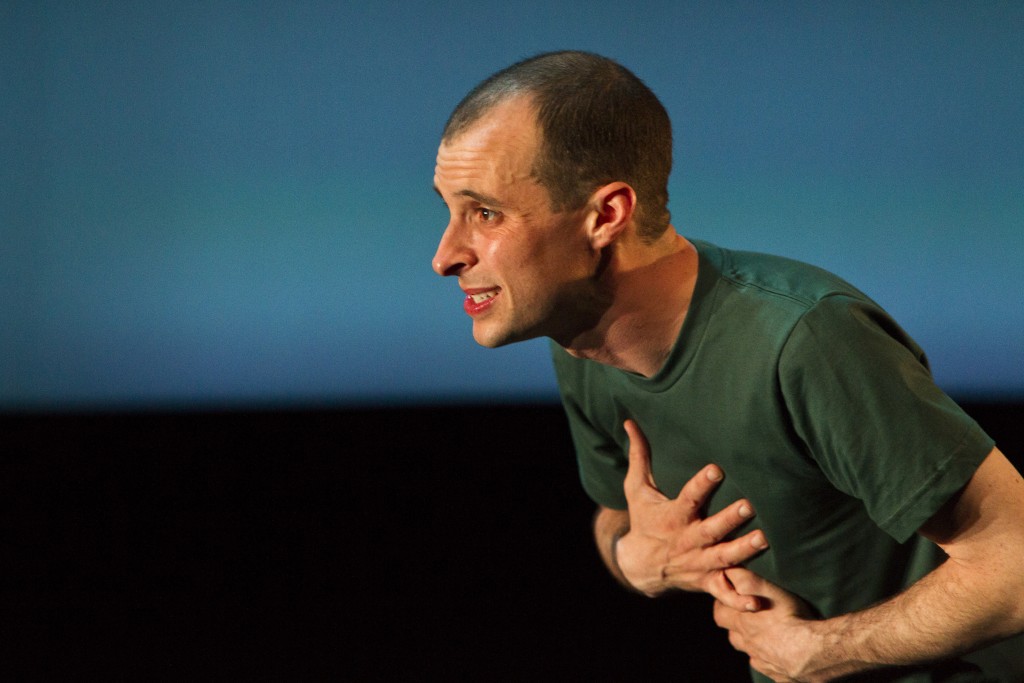 Howie Lee and Rookie Lee – no relation – share a surname and a city, Dublin. In Mark O’Rowe’s revival of his own cult classic, both men are played by a single actor, Tom Vaughan-Lawlor, and they seem to share much more besides: a Neanderthal gait, empty eyes and a slack-jawed drawl. It’s like they were destined to meet in fateful circumstances.

On this particular day, Howie – who narrates the first half – is on the hunt for Rookie. His mate Peaches has picked up scabies, and the Rookie, red-raw from scratching, is the only possible source. Howie’s gang chase through Dublin’s bars and pissoirs, intent on revenge – only karma, inevitably, gets in the way.

Rookie takes up the tale in the second half, when the two men meet again in blood-soaked circumstances, after the accidental death of an angry fish.

That should give a sense of O’Rowe’s wry tone; a tang of Tarantino – just gone stagnant and scuzzy. Dublin appears in high-definition, a city without romance, where lust has gone stale. Characters are captured with a flick of the pen: the terrifying Ladyboy and his three sets of teeth; randy Avalanche, bulging out of her ski pants and forever jumping Howie in the bogs. Rookie himself claims to ‘break hearts and hymens’.

It’s a slippery story which can leave you lost, but every set piece hooks you back in. Fights, in particular, come like sports slo-mos: pints fly, knuckles crack and cheeks flap in the breeze. Masculinity seems as majestic as it does hollow-headed.

Vaughan-Lawlor more than matches the text, delivering it like a beat poem that tumble-turns and stops dead, almost dancing as he does so. It’s mesmerising, but meaningful too. He gives us glimpses of Fred Astaire and Muhammad Ali – great male icons – in these two downbeat dead heads. That takes real skill and invention, and it’s a privilege to watch.