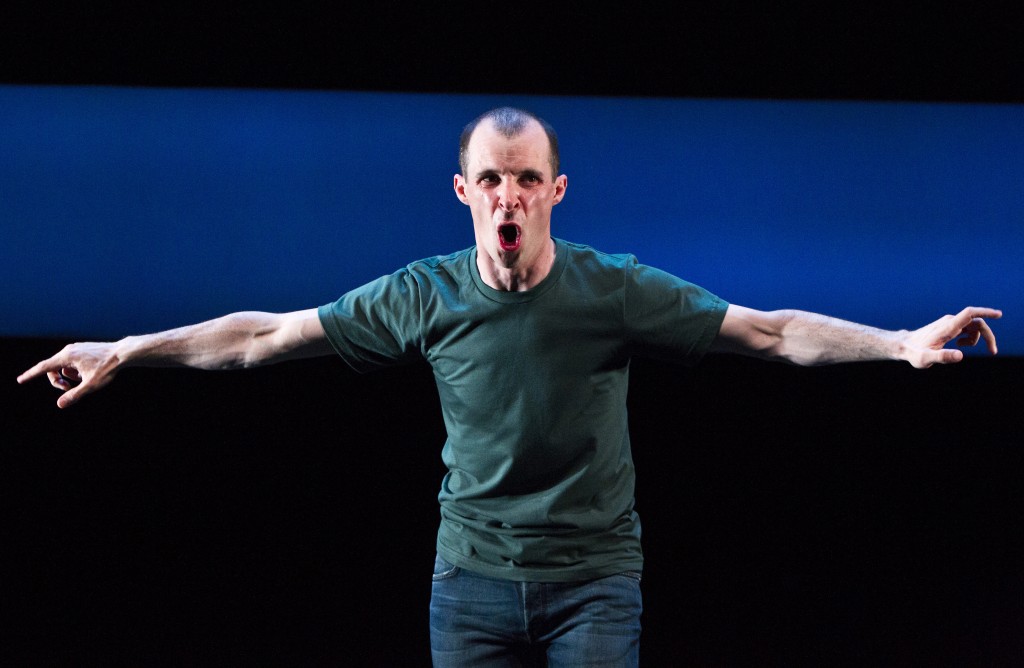 The 1990s in theatre meant more than “in-yer-face” plays. At the same time as British drama was growing graphic and biological, a crop of Irish playwrights were breathing new life into the monologue form. Conor McPherson and Enda Walsh are the best known, but in 1999 Mark O’Rowe’s Howie the Rookie almost bridged the gap between the monologue and in-yer-face currents.

In a pair of linked monologues it tells of a couple of young Dublin toughs, the Howie Lee and the Rookie Lee (note the definite articles), as they drink, shag and fight their way across their little territory over a few nights, beginning by pummelling each other and ending in self-sacrifice and a metaphysical bond.

In the original production the Howie and the Rookie were played by different actors; in this, its first major London exposure since then, directed by the author, both are portrayed by Tom Vaughan-Lawlor. One monologue follows another (each lasting around 40 minutes), so there is no inherent call for onstage interaction; the only issue is distinguishing between the two characters.

Vaughan-Lawlor uses one obvious tactic, a change of T-shirt, but also changes his voice and physicality. The Howie is big on physical gesture, adopting a half-crouch and turning and weaving in an almost nonstop anthropoid swivel; the Rookie carries himself more upright and is still physically expressive but less idiosyncratic about it. Vocally, this character is lower in pitch and flatter in his basic cadence than the Howie, yet he also boasts a greater range of musicality; the Howie seems to deliver almost every sentence in the same tune.

First time around, I discerned echoes of Damon Runyon and Irvine Welsh in O’Rowe’s tale. On this occasion, I’ve no idea where Runyon could have been, but the crucial episode – the Howie’s rescue of the Rookie in the chaotic Dublin night – reminds me of the broadly similar event from which James Joyce went on to spin out all of Ulysses.  That’s a mighty comparison to invoke, but not an absurd one.

O’Rowe’s production goes on to BAM in New York in mid-December.

Written by Ian Shuttleworth for the Financial Times.