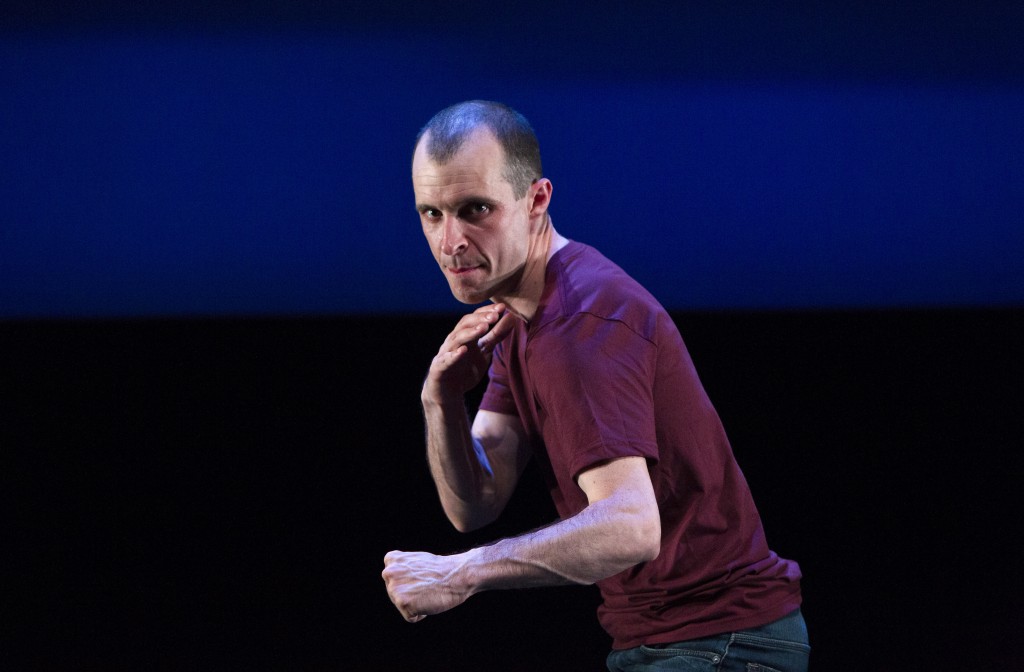 Another glowing review for Howie the Rookie and Tom Vaughan-Lawlor’s performance from Fest Magazine.

He fills the stage, fleshes out characters which exist on the page only as virtuoso wordplay, and makes this bizarre dream seem terrifyingly, depressingly and, at times, hilariously real.

Written originally for two characters, Mark O’Rowe’s stream-of-consciousness script would be challenge enough. Re-written here as a one-man show, it’s an extraordinary feat of diction, energy and physicality which Tom Vaughan-Lawlor pulls off quite astonishingly.

Quite what Howie the Rookie is about is both near impossible to answer, and perhaps beside the point. The action is precipitated by Howie Lee giving scabies to Peaches, and ends in carnage with Howie the Rookie (not the same Howie), Flan Dingle and Ginger Boy dead at a party. There’s a lot of drinking, fighting and some fairly grotesque sex in there, too. But this is a story absolutely made in the telling, and in more than one sense there are echoes of Joyce’s impenetrable Finnegan’s Wake here: the dreamlike plot, the inventiveness and musicality of the language (“skullduggerous”, “1950s pop sock teeny bopper”), the visceral physicality (“noses have been snapped, the air going in and out fuckways”), the yoking together of lexicons from both gutter and stars (“break hearts and hymens, I do”).

Somewhere at the heart of this is the common thread of the barely concealed anger of disempowered men trying to grapple for position and status. But that’s somewhat secondary to the brilliance of the performance. Sweating profusely, Vaughan-Lawlor lives every syllable of this relentless linguistic pummeling. Each line is clear, pacy and supported by precise choreography. He fills the stage, fleshes out characters which exist on the page only as virtuoso wordplay, and makes this bizarre dream seem terrifyingly, depressingly and, at times, hilariously real.